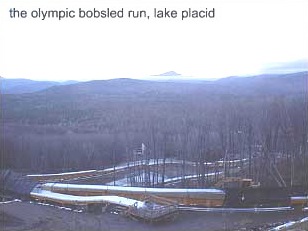 SWM productions of Plattsburgh, New York specified and installed the 20 total loudspeakers used to cover the 1500 meter track located in one of the most harsh winter environments in America.

“The wind chill can reach 40-degrees below zero, not to mention the ice and snow,” said SWM President Tony LeClair. “We needed loudspeakers that provided sound worthy of an Olympic facility but that could also stand up to a uniquely harsh environment.” 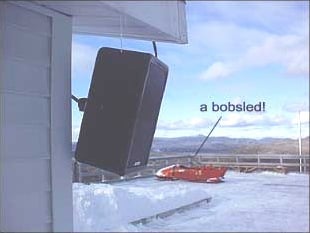 about halfway down the course. Loaded with a 1″/12″ coax driver, the mil-spec Noho C will be used for both music playing and voice reproduction. According to LeClair, the Noho has already exceeded expectations.

“We were testing the boxes by cranking some AC/DC for fun,” he explained. “There was a guy working in a Snow Cat at the bottom of the course who mistook the bass response for engine trouble. He turned off the machine before realizing he was hearing music coming from 1000-meters up the mountain. We were all amazed.”

Along with the Nohos, LeClair used 18 of the Technomad 70-voltVienna 16 Ts distributed along the lip of the track so as to minimize delay.

“We needed a distributed system that covered both the spectator area and the track area, “said LeClair. “They have people 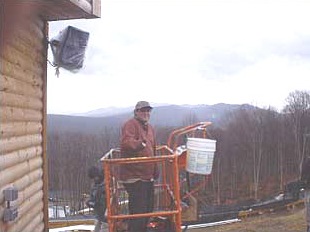 working on the track during races that need to be warned before a sled doing 100+ miles per hour comes flying at them.”

The loudspeakers are being driven by four QSC CV amplifiers at 400-Watts per side. They are running stereo on three different lines to every other speaker so that all of the loudspeakers can’t be lost in the event of a technical problem. A Berringer Dual Compressor31-band equalizer is also being used.

LeClair, using Technomads for the first time, had his technicians thoroughly examine the loudspeakers before installing them on the face of a frigid mountain.

“My reputation is attached to every installation we do,” said LeClair. “I have to let my guys examine the products I’m using for a given application – and boy was they impressed. We really can’t believe how well these loudspeakers are made.

We will not hesitate to use them for future installations, both indoor and out.