Technomad Loudspeakers Perform on the Las Vegas Strip for Half a Decade.

Installed as part of a massive rebuild of ”Bugsy Siegel’s’ Flamingo, the first of the glittering Las Vegas Strip casinos, Technomad Vernal 15-T loudspeakers have been shrugging off the punishing summer sun and heat and winter cold and rain of the for half a decade. According to Peter Chachere of Las Vegas, Mojave Systems, and the leading systems integration firm that installed the Technomad loudspeakers on the façade of the Flamingo Casino. ”They sound as perfect as when we first turned them on five years ago.”

Established in 1996, Mojave Systems, the low voltage systems integration division of Mojave Electric, specializes in the design, build and installation of audio, video and voice and data systems. The firm has serviced countless Las Vegas Casino Resorts and businesses, including the design and installation of the fiber optics systems for the newly completed Las Vegas Monorail system.

Mojave Systems sales and purchasing manager Peter Chachere has a unique understanding of his client’s needs based upon an extensive 30-year background in music, show production and pro audio sales and systems design and installation.

Peter Chachere is a man with impeccable credentials, so when he talks of his satisfaction with certain brands of audio equipment, his word is golden. A student of both the Conservatory of Music of Barcelona, Spain and the Conservatory of Liceo of Barcelona, Peter’s complete understanding of music far outstrips that of his competitors. After several additional years of formal education in electronics, Peter states, “No sooner did I graduate then I found out l liked what was happening behind the scenes more than that of actually being a performer. I got very involved in entertainment production, artist management and audio systems design.’

Peter’s understanding of the emerging technologies used in live theater production, such as lighting, audio, rigging, multimedia, and staging, lead him and his business partner to begin designing and installing sound systems in theaters throughout Europe. As his career developed, Peter gravitated towards professional audio equipment sales and international distribution before he wound up in Las Vegas in 1998 to manage Mojave Systems.

Appropriately enough, the Flamingo resort is also home to a flock of live Chilean Flamingos and a collection of and more than 300 other birds in the authentic Wildlife Habitat. Consisting of fishponds and foliage imported from around the world, this moist and damp environment can be as equally adverse to loudspeakers as the Las Vegas Strip. Six Technomad Vernal15-T loudspeakers, again powered by a QSC Audio CX204V power amp, deliver both background music and live, spoken word program material, by wildlife specialists who perform five presentations per day, everyday of the year.

”We’ve never had a negative result with Technomad loudspeakers,’ concludes Peter. “Anywhere the Technomads have been installed; it’s one of the few product lines where the results have always been extremely positive. The product is extremely reliable under the very worst conditions and the fidelity is of the utmost quality.’ 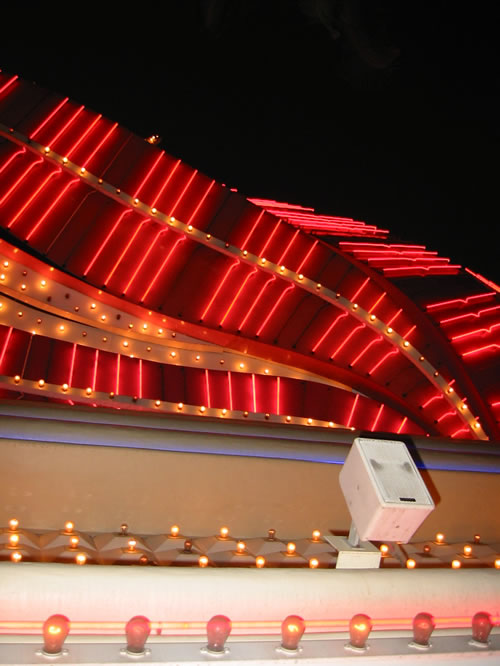 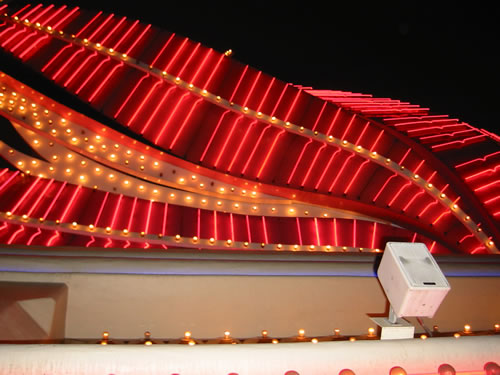