According to Shrini N Iyer of Bint Al Jazeera Electronics, the chief engineer Mr Yunis Philabous of the Abu Dhabi Cricket Club was determined to eliminate all echo from the venue during the matches, an issue that had an adverse effect on the sound quality and audio coverage during previous events.Even audio coverage and durability were also significant considerations in choosing a sound system for the event.

“The chief engineer of the Abu Dhabi Cricket Club was determined to eliminate all echo from the venue during the matches, an issue that had an adverse effect on the sound quality and audio coverage during previous events,” said Iyer.“The wide, even audio patterns of the Technomad loudspeakers across a wide frequency band helped eliminate hot spots.With careful loudspeaker placement, unwanted reverberation in the venue was minimized – a significant improvement over prior years.”

The Technomad Berlin loudspeakers, renowned for their unparalleled projection, fidelity, and power, covered the main seating areas and field surface.The Noho C loudspeakers served two purposes, acting as performance monitors and also providing a direct audio source to the VIP section. All eight loudspeakers were positioned atop tripods seven feet above ground level to ensure an even audio pattern, allowing every spectator to clearly comprehend speech from the announcers.In addition to voice, the Technomad loudspeakers powered instruments for a live band performing between events, providing a robust musical output for the crowd to enjoy.

“Clear audio with minimal echo is essential to ensure that the audience hears all public broadcasts during the game, including information on appropriate public conduct and warnings against abusive behavior that required for all international games,” said Mr. Dilawar Mani, CEO for Abu Dhabi Cricket Club.“The loudspeakers also worked to our satisfaction for the “end of match awards” while announcing the winners and special awards, as well as for conducting interviews with players.”

Iyer added that the durability of the Technomad loudspeakers were on display between the second and third matches, when extremely heavy winds dislodged many of the loudspeakers from their tripods.“Our team found all of the loudspeakers on the ground after the high wind speeds earlier in the day, a common weather occurrence in this region,” he said.“The rugged design protected the loudspeakers, and they all worked flawlessly once remounted.When we first evaluated the stadium, its audio requirements and potential climate challenges, it became clear quickly that Technomad was the only choice for the job.” 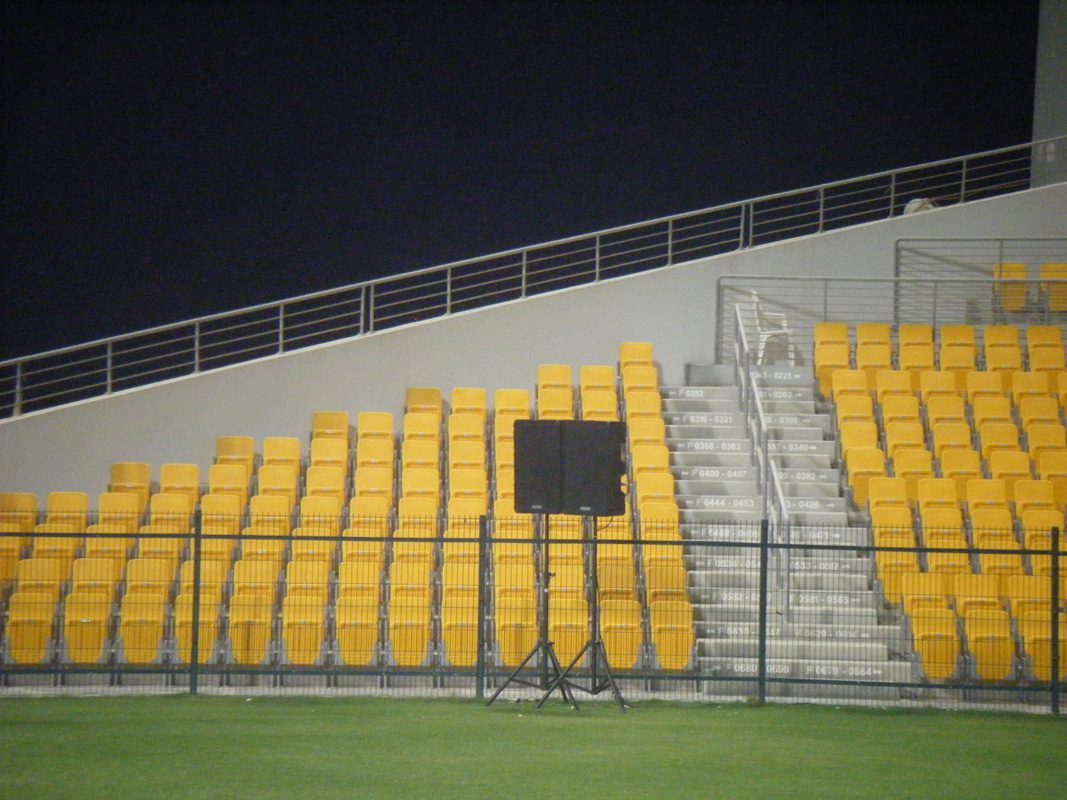 Other recent Bint Al Jazeera projects in the Middle East featuring Technomad loudspeakers include the American International School in Abu Dhabi, the Burjuman Center in Dubai, and the Danant Resort in Ruwais.The company’s website can be accessed at http://www.hifi10.com/.