Technomad is pleased to sponsor Jack Vincent, a rider in the in famous “Race across America”. A fitting pairing of the “Toughest Loudspeakers in the World” with what is probably the toughest bike race in the world, Technomad has provided equipment and funding to support Jack as he prepares for and competes in the race.

The photos on this page show Jack’s support vehicle, equipped with the compact Vernal loudspeaker. The Vernal’s unique horn-loaded design, 5″ bass driver, and 1″ ceramic HF driver give it an unrivaled ability to project music and voice in all conditions. The Vernal delivers excellent clarity and throw even when competing with high levels of background noise (such as cheering crowds and passing traffic!).

the Race across America (RAAM) is an ultra endurance bicycle race that began in 1983 patterned after the first ultra-marathon cycling transcontinental race, the 1982 Great American Bike Race from Los Angeles to New York City. RAAM has been staged every year since, with each race beginning on the west coast of the United States and ending on the east coast. The distances of each race have been between 2, 901 to 3, 150 miles, depending upon the route which varies from year to year.

The starting city for RAAM 2001 is Portland, Oregon on June 17. The 2,980.4-mile race with 98, 610 feet of climbing will end in Gulf Breeze, Florida in “hopefully” 10 days or less. This year’s route will go through the states of Oregon, Idaho, Utah, Wyoming, Colorado, Oklahoma, Arkansas, Mississippi and Florida. 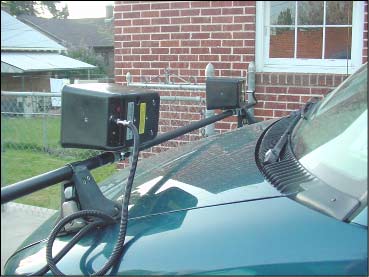 This is the same route that was used in the 2000 RAAM. The 2000 RAAM had a total of 47 participants including 22 solo men and 1 solo woman. For the 2001 race, RAAM has gained a new title sponsor, Insight Enterprises, Inc. Many believe that this will give the race even more exposure than what has been gained during the last few years.

The object of RAAM is to race across America as fast as possible. This is a nonstop event, the first person to the finish wins. To qualify for RAAM riders must complete one of the Ultra Marathon Cycling Association approved qualifying events. Once qualified you have three years to compete in RAAM.

In Jack’s Own Words:

“I am a 34-year-old Army retiree. Currently, I am the Director for the Camp-In Overnight Education Program at the Denver Museum of Nature and Science that serves children ages 6-12 in Colorado, Wyoming and Kansas. I am also in the process of completing my degrees in Elementary School Education and Biology so I will be certified to teach 1st-3rd grade.

“I have been competing in ultra endurance events since 1989 in both running and cycling. For the past three years my focus has been on qualifying for and competing in the Race across America. During this process, I have ridden across the country twice; completing this feat in 15 days each time. I qualified for the Race across America in 1999 at the Furnace Creek 508 mile bicycle race in California through the infamous “Death Valley””. 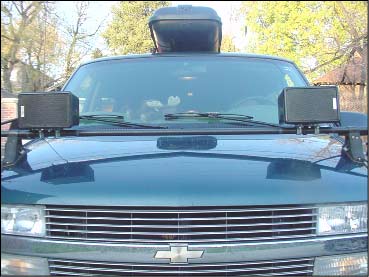 “In preparation for RAAM 2001, I will be training between 150-600 miles per week on my bicycle. Also, I have consulted with Dr. Ed Burke, who is an advisor to the United States Olympic Training Center in Colorado Springs, CO to discuss my preparation for the race and changes I need to make in my training and nutrition. I also have learned a lot from Seana Hogan, 5 times RAAM Female Champion, during the 1997 and 1998 Races across America as a member of her crew”.

Technomad wishes Jackt all the best as he prepares for this amazing event.
NEW – visit Jack’s Official Website for up-to-date race info:
http://www.ridingvulture.itgo.com/