The Knuckle Saloon is home to KNKL-AM, the voice of the downtown during the Sturgis Rally. Two Technomad loudspeakers sit atop the building, unprotected from the elements., 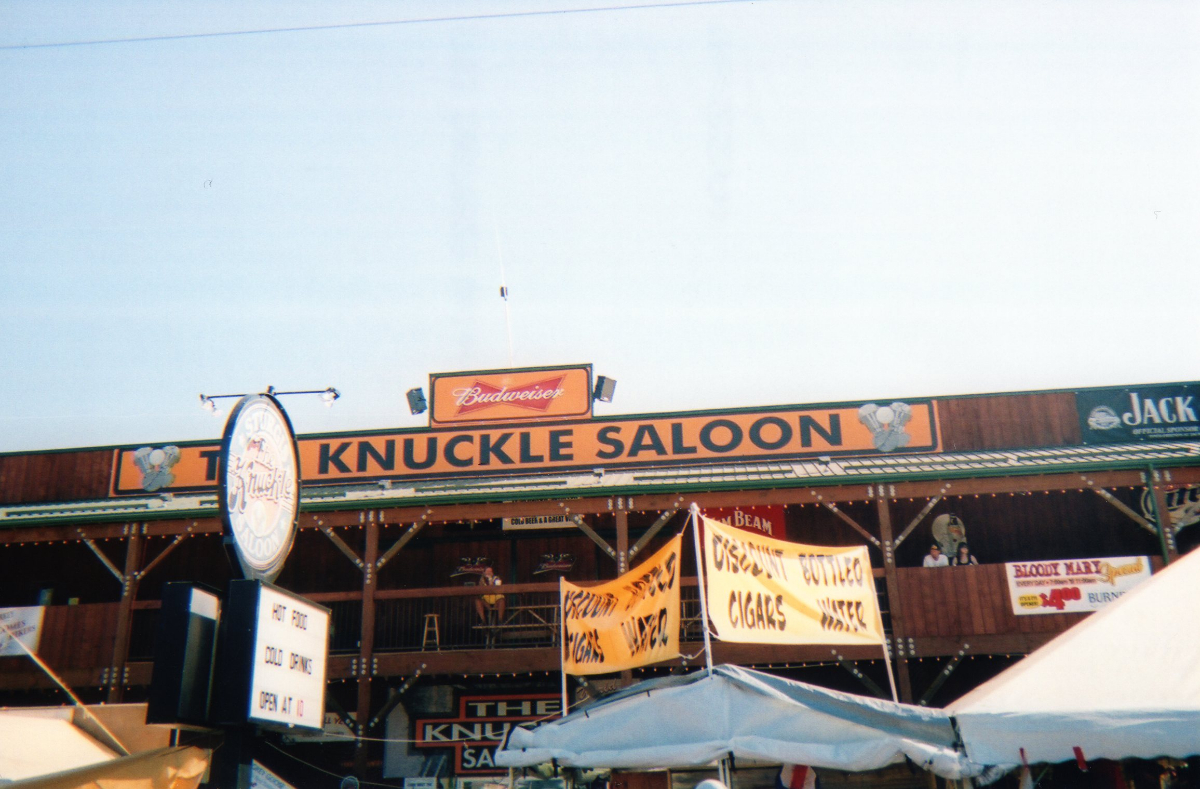