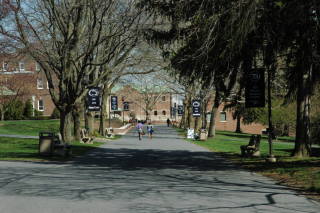 The Schedulon is installed in the central rack room, allowing the operator to build/edit playlists and upload audio files from any on-campus or remote location