BOSTON, May 10, 2011 — Middle Tennessee State University (MTSU) in Murfreesboro, Tennessee, boasts the largest undergraduate enrollment in the state with more than 26,400 registered students.  The large student body translates to an active campus, from academics and athletics to a variety of student organizations. 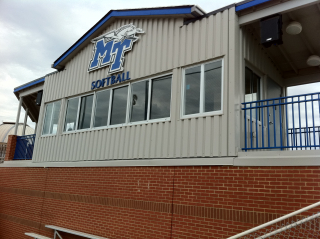 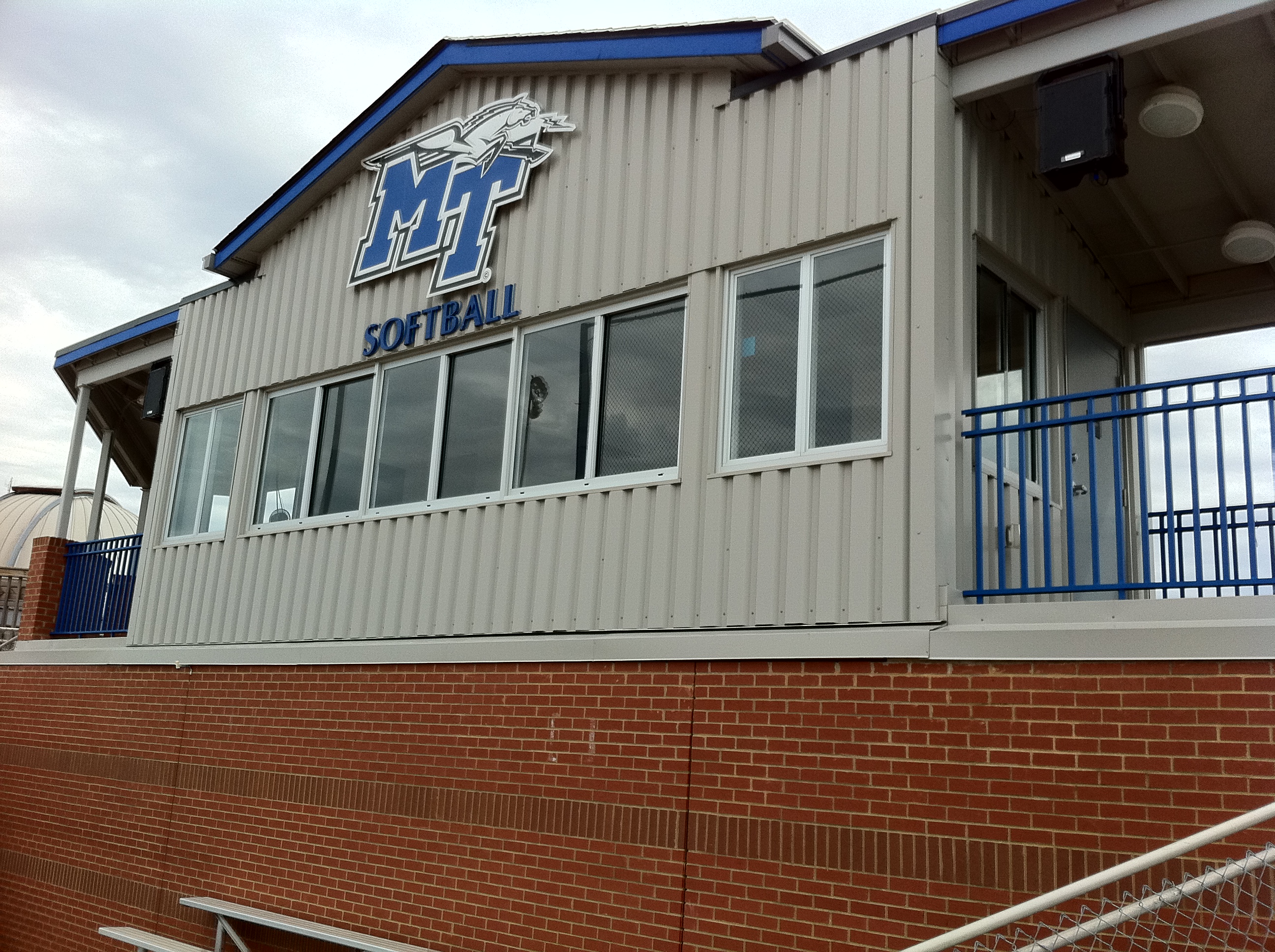 On the athletic front, the MTSU Blue Raiders is one of 12 Sun Belt Conference teams, participating in 17 intercollegiate sports at the highest level of NCAA athletics.  Stadium audio improvements have been a recent focus on campus, beginning with a PA system upgrade featuring Technomad Berlin loudspeakers for its 2,500-seat soccer and track and field venue.

The success of the first Technomad installation has led to an audio upgrade for Blue Raiders Softball Field, where Technomad Noho loudspeakers now deliver intelligible voice and high-quality musical reproduction to teams and up to 500 spectators on game days.

Two Noho weatherproof loudspeakers replaced six failing speakers that lined the backstop.  The Nohos are mounted just off the press box at the left and right sides, projecting clear audio across the field and to every corner of the bleachers and dugouts.  The campus opted for Technomad’s specialty yoke mounts, which allowed the installers to mount and suspend the Nohos from metal beams with a single bolt — greatly simplifying the installation.

Josh Hoevelmann, electronic equipment engineer for MTSU, added that the Technomad loudspeakers not only provide great sound and protection from the elements due to weatherproof construction, but ultimately minimized costs for the overall audio upgrade.

“I wouldn’t settle for anything less than the Nohos considering the success we have had with the Berlins in our soccer and track and field stadium,” said Hoevelmann.  “The Nohos cover the bleachers with clear audio and throw all the way to the outfield, which allows players to adjust the defense as batters are announced.  The Nohos also matched up perfectly with our current amplification, which saved us from putting additional money into the upgrade.  They were also less expensive than adding six lower-quality speakers to the backstop, while providing great sound and stronger durability to handle the Tennessee weather and humidity.”

Hoevelmann added that the Nohos provide the wide frequency range required for musical breaks, noting they tend to be brief during softball games, where intelligibility of voice for live PA announcements is more important.

“Vocal intelligibility in the outfield was a problem with the old speakers, and the players noticed the difference with the Nohos right away,” he said.  “That’s what I love about the Nohos — you can be out in center field and it sounds like you are sitting right in front of them, while the spectators hear the audio detail without getting blown away.”