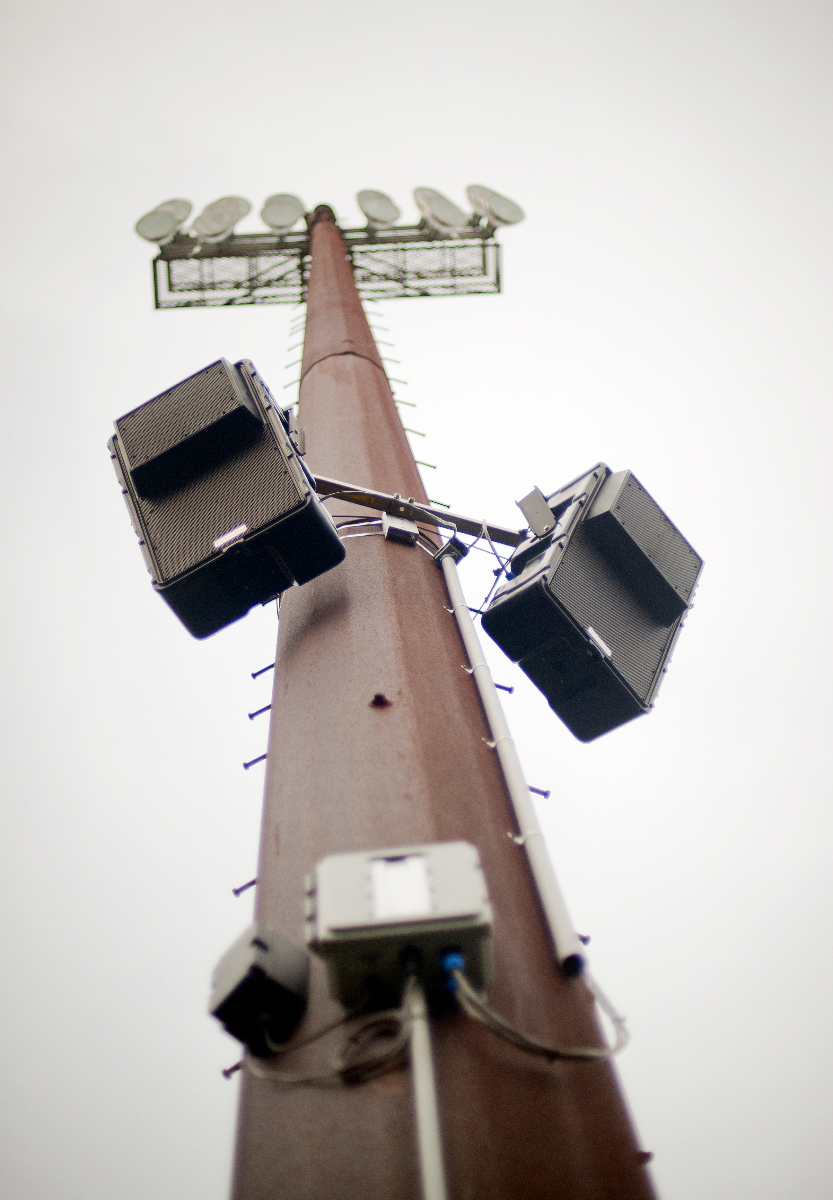 A recent article in The Economist describes the use of a sonic net to repel birds from airports. This reduces the chance of a bird hitting an aircraft – known as ‘bird-strike’ in the aviation industry – and the associated risk to passengers and equipment.

The scientific journal Ecological Applications describes the use of  Technomad Berlin outdoor loudspeakers and waterproof PowerChiton amplifiers to create a Sonic Net – an area of background noise that repels birds.

The systems deliver 80 dB of broad-spectrum sound over the target area, and dramatically reduce the presence of many species of bird. Ecological Applications suggest that the reason the sound repels birds is not by scaring them (as with ‘startle’ systems that occasionally play loud surprising sounds) but rather by making it hard for them to communicate. The Sonic Net makes birds unable to make out each other’s calls, so they move away to an area where they CAN communicate.

With our line of waterproof, field deployable amplifiers, broad spectrum waterproof loudspeakers, and automatic audio playback devices, Technomad has a range of products ready to help with your bird repelling project.

Turn-Key solutions arrive ready to use, and last for years in the harshest outside environments.

Technomad gear equipment is US-made since 1995.  The firm supplies the US government, Disney, Universal Studios, all major Cruise Ship lines, Club Med, and thousands of other demanding customers.