The complete system includes amplifiers and mixers, a wireless microphone, and an automated playout system for security announcements 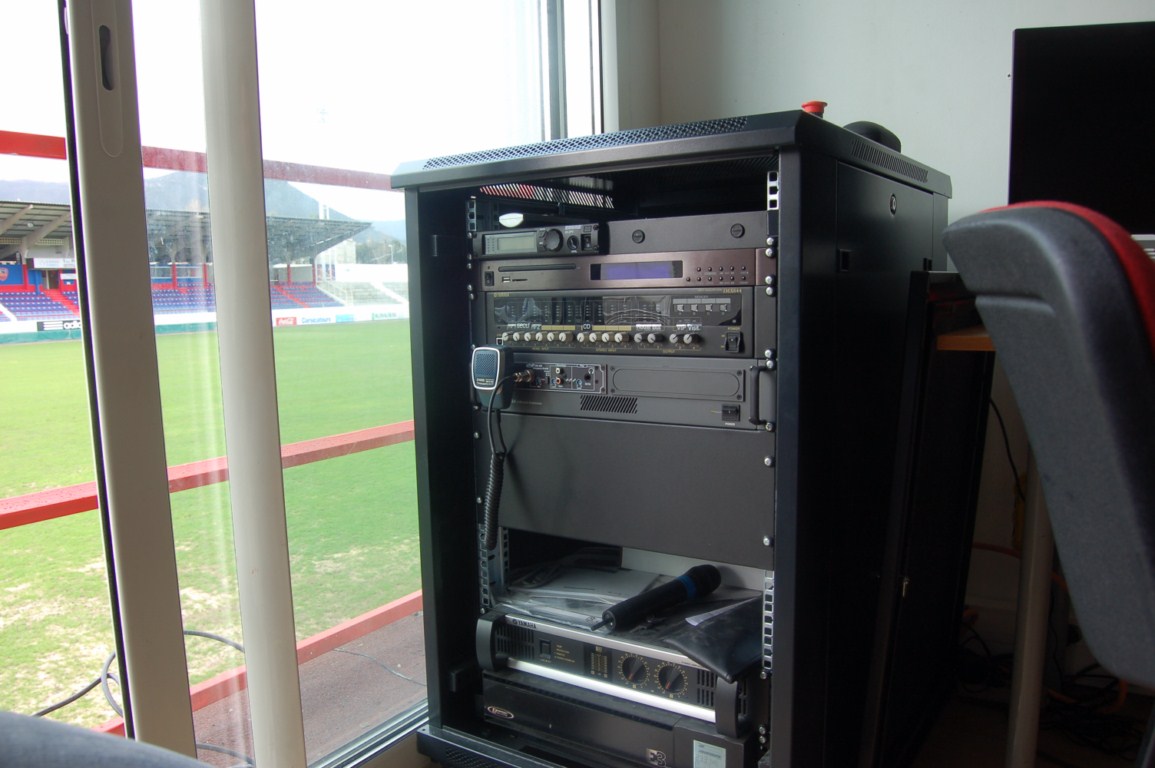