Chattanooga, Tennessee ­ Chattanooga Sound recently completed the installation of a seven zone, outdoor distributed sound system consisting primarily of Technomad Loudspeakers at Rock City, one of the oldest natural and historical attractions in the state of Tennessee, if not the entire Southeastern United States. Chattanooga Sound, founded in 2000 by owner Charlie Rhodes, is Southeast Tennessee’s premier systems integration and sound Rental Company. The successful Rock City installation project represents Chattanooga Sound’s first use of Technomad loudspeakers in a geographic area that experiences Tennessee’s harshest weather conditions: 1200 feet above the city of Chattanooga on Lookout Mountain.

According to Charlie, “At such a high elevation, Rock City is exposed to every weather condition imaginable. The mountain is often times shrouded in dense fog in the mornings, worse in the winter, and at this elevation, rain, cold, heat, humidity, and dampness is common 365-days per year. The last sound system was installed back in 1990, but while the front-end of the system represented the best technology of the era, loudspeakers were the one component that seemed to be replaced every two weeks with disposable ten dollar product. The owner wanted to install a quality loudspeaker once, and forget about it, for, well, at least another 15-year.’

Now that Charlie has the system completely installed and equalized,” the entire installation is sounding outstanding,’ he says. ”The rock formations create a lot of natural acoustics. The beauty of the job was working with the natural acoustics that, in many cases, really augments the overall sound quality from the Technomads without having to add a lot, if any, signal processing. We have the Technomads tucked in bushes or concealed on rock faces, and I’m using opposing rock faces to reflect the sound to create an illusionary stereo effect, even though it’s a monophonic system. As you walk through natural rock corridors, come around a corner, or out from an overhang, one zone drops out the next picks up with a very natural, smooth sound.’

”I just rely on quality components and that’s 75% of the job,’ Charlie states. “When doing an outdoor installation with Technomad loudspeakers, you really just mount and plug them in and forget about them. You can’t do that with many, if any other, loudspeaker product. Weather resistance seems to be a real common in the loudspeaker industry these days, but only Technomad loudspeakers say, hose me down, I can take it and still sound great for a long, long time.’ 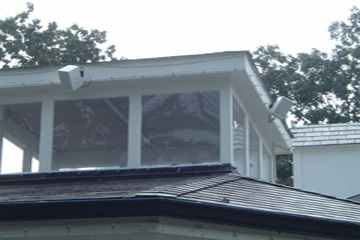 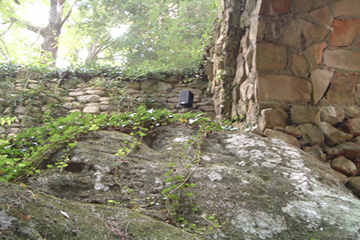 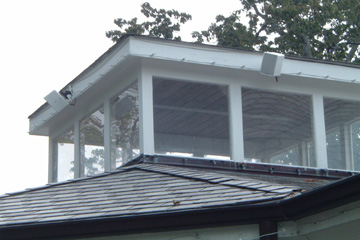