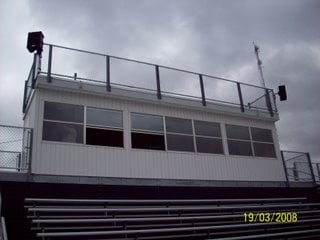 Each Turnkey PA System features two Technomad Noho C weatherproof outdoor loudspeakers for high-quality audio coverage of football games and other athletic events; as well as a complete signal processing rack to produce audio in the press box, including a two-channel amplifier, six-channel mixer, cables, mounting brackets and a dynamic microphone with cable.

The schools include Tucker High School in Henrico County, Virginia, which upgraded to Technomad from antiquated horn systems with poor audio quality. Technomad loudspeakers were also specified for new athletic stadiums at King William High School in Aylett, Virginia; and Our Lady of Good Council High School in Olney, Maryland. The systems at all three schools offer clear voice reproduction and musical output that reaches every corner of each stadium. 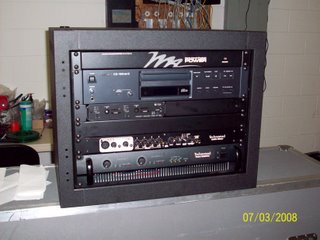 According to Gene Wells, Project Manager for the two Virginia projects, he prefers to use Technomad for new athletic stadium projects due to their ability to deliver clear audio to everyone in the stadium. Wells also cites ease of use for athletic departments and weatherproof construction as crucial for high school stadium installations.

Every project is unique, from mounting the loudspeakers to the proper angling to ensure that everyone can clearly understand the audio, said Wells. I am consistently blown away by how two Noho loudspeakers cover an entire stadium. The athletic directors like the system not only because of the sound but also because the loudspeakers maintain a professional appearance on the press box, and the PA systems are easy to operate. As an installer the system is easy to set up and wire, and even in the most unusual installations we are able to position the loudspeakers so the audio reaches everyone. This is due to the very wide dispersion patterns of the Technomad design, which are unlike any other loudspeakers I have seen.

The two Virginia projects differed mainly due to the press box locations. While King William High School has the traditional press box location on the home side, the Tucker High School press box is located in the visitor stands. The challenge for Wells and his team was to ensure that fans in the home stands could hear the audio without overpowering the ears of visiting fans. Wells positioned the loudspeakers straight out angling them slightly to each side to achieve the appropriate balance. The two loudspeakers easily project to the home side, allowing everyone in the 2,800-person capacity venue to hear the live broadcast during games.

The sound quality is amazing, similar to a modern concert venue at maximum volume, said John Carroll, Director of Student Activities at Tucker High School, home of the John Randolph Tucker Tigers. We can easily hear the voice announcing the game clearly through the entire campus. It’s an unbelievable system, especially for a high school, and a million times better than the muffled audio coming out of our old horn system.

At Cavalier Stadium, home of the King William Cavaliers, Wells installed the Nohos on the two press box corners at the top to reach fans on each side. Wells mounted the Noho loudspeakers to fencing pipe atop the press box, using various fly points on the loudspeakers to ensure secure installation. The loudspeakers sit outside in the elements unprotected year round. The mid-Atlantic region regularly deals with a mix of sleet, ice and rain with occasional heavy snows in the winter, and intense heat and rain in the summer.

Cavalier Stadium, which also hosts soccer and track events, will open a concession stand in time for the Fall 2008 football season. The system has been tested to ensure that audio will reach those in line for refreshments, as well as those working inside the concession stand.

Kline Stadium at Our Lady of Good Council High School has a similar setup to Cavalier Stadium inside the stadium. The system, as designed by Lee Bellomy, Account Manager at CCS Presentation Systems in Maryland, distributes audio to two Technomad Noho loudspeakers inside the stadium, and also to a pair of small loudspeakers at the concession stand outside the stadium using a separate amplifier and a fiber connection.

The pattern coverage is fantastic inside the stadium, and what’s amazing is that as loud and clear as the audio is, it never bleeds into the bordering neighborhoods, said Ron Colbert, Technology Director for Our Lady of Good Council High School. I was initially surprised when CCS claimed that two Noho loudspeakers would cover the entire stadium, and CCS offered to remove the system if it didn’t live up to the claim. The Technomads do everything that was promised. The students love it all the varsity teams play here and use the system for warm-up music, and the marching band uses it for announcements during practices. Everything coming out of the system sounds great.

Since 1991, CCS Presentation Systems has served customers in the corporate, government and educational sectors. CCS provides full service integration, installation and maintenance of audio and video equipment including interactive whiteboards, projectors, LCD & plasma displays, audio systems, document cameras and more. The company has expanded from a two-person operation to one of the largest A/V integrators in the U.S., with more than 300 employees, sales offices in 11 states and annual sales in excess of $100 million.